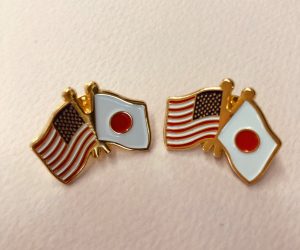 The San Diego Trade Mission visited Japan to celebrate the 60th anniversary of Yokohama and San Diego becoming sister cities and to encourage further interactive development of the life sciences sectors of Japan and the United States. As part of the visit, the Mission chose to come to the Shonan iPark (newly opened in April 2018), because of links with Takeda’s research center in San Diego.

The delegation of over 30 individuals, headed by US Senator Scott Peters, included prominent figures such as Professor Mary Walshok, the Associate Vice Chancellor for Public Programs at UC San Diego, as well as members of the San Diego City Council Economic Development and Intergovernmental Relations Committee and representatives of the city’s life sciences sector. There was a lecture session followed by a panel discussion, in which GEXVal’s President and CEO, Juran Kato, took part to speak about the experiences of a business start-up in Shonan iPark. A wide range of topics were covered, with discussions on the roles of window organization and hub organization which are vital in networking different organizations when promoting life science innovation. Challenges for female entrepreneurs in Japan were also discussed.

Our president and CEO Kato commented, “I would be delighted if our participation in this event leads to closer links with San Diego, bringing us future business through successful networking. I hope Shonan iPark will continue to play its highly positive role for the nurturing of life science sectors.”

Dr. Juran Kato Was Invited as a panelist at LESI Annual Conference